Emily Kirkham in our Marine Team tells us about today’s momentous announcement to protect three important sites for seabirds.

I work on the Natural England led project to identify a suite of marine Special Protection Areas (SPAs). Today it’s really pleasing to announce the first fruits of our labours: international protection for three important marine sites for seabirds, including the new 'Northumberland Marine SPA', which is home to 200,000 seabirds.

These three sites contribute to UK government’s ambition to create a ‘blue belt’ around our coast and provide protection to some of the largest seabird colonies found in England.

This work started over a decade ago with data being collated and analysed by the Joint Nature Conservancy Council (JNCC). Since then I have seen this data and evidence translated into boundary proposals for new marine areas to protect wildlife, always accompanied by detailed public consultation. 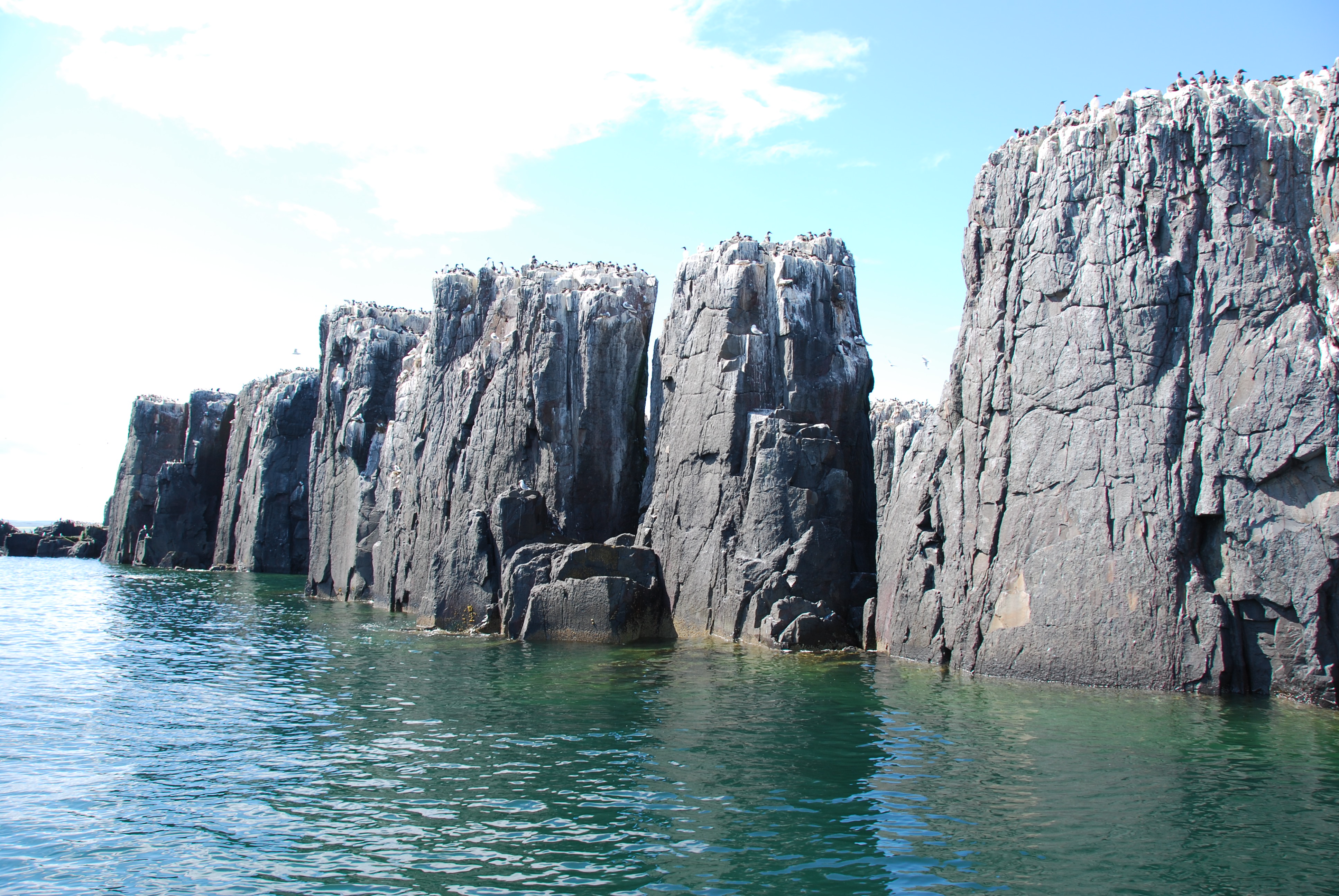 This is an entirely new site which will protect a large foraging area for seabirds, around already protected essential breeding sites at the Northumbria Coast, Lindisfarne, Farne Islands and Coquet Island SPAs. The site supports over 200,000 seabirds including all five of Britain’s native terns (Sandwich, common, Arctic, roseate and little tern) and the Atlantic puffin. It covers an area equivalent to approximately 120,000 football pitches!

It is the most important site in the UK for the Arctic tern and is home to nearly 10,000 individuals. This fascinating bird has the longest migration of any bird in the world, travelling an incredible 44,000 miles each year from the Arctic to Australia, coming back to Northumberland to breed.

The site is also the 3rd most important site in the UK for puffins and is home to over 100,000 individuals. The puffin, sometimes called the ‘clown of the sea’ or ‘sea parrot’ is one of our best-loved and charismatic birds. They have a fascinating life-cycle, spending all of the winter months floating on the waves out to sea, coming back to cliffs to nest. The UK is home to 10% of the world’s population of puffins.

Along with the new Northumberland Marine SPA, we also announced today extensions to SPAs in Essex and Cumbria.

The Hamford Water SPA on the Essex coast includes a marine extension which will protect the foraging areas of breeding little tern. Having safe space for spending time on the water at this important point in their life cycle is crucial for a healthy breeding population.

The Morecambe Bay & Duddon Estuary SPA subsumes  2 existing SPAs and extends protection of important open water seabird feeding habitat by over 90 square miles. This will enable better protection for the large colony of over 40,000 seabirds which distribute themselves between the two areas to breed as well as foraging out to sea.

There’s still plenty of work to be done in order to ensure these sites work effectively into the future and there are also substantial efforts already in process regarding other possible marine SPAs around England which may also be suitable for classification.

What’s that phrase again – “One good tern deserves another”?

To visit the sites mentioned above, please get in touch with the local RSPB centre of birding groups.

The National Trust manages the Farne Islands and the RSPB manages Coquet Island. There are a number of companies offering boat trips out to see the birds.

Lindisfarne National Natural Reserve is run by Natural England and is fully accessible to the public.