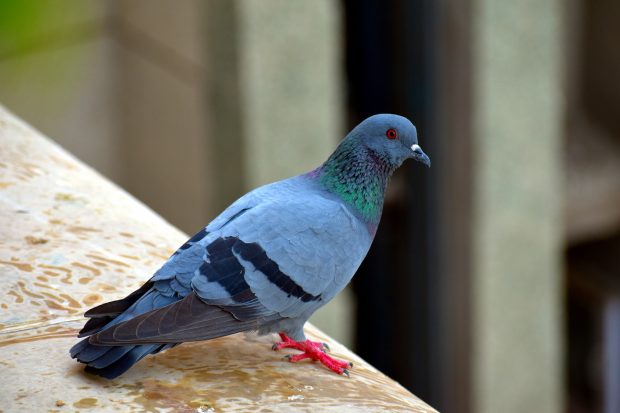 Today, Natural England’s chair and deputy chair Tony Juniper and Lord Blencathra joined me in giving evidence to the Environment, Food and Rural Affairs (EFRA) Committee on our decision to revoke three general licences for controlling wild birds. A full readout of our session will be available shortly on the EFRA Committee’s website.

Since we revoked the licences (GL04, 05, 06) on 25 April, there has been huge interest in the topic and I am grateful to the Committee for inviting us to put forward our reasons for handling the situation as we did.

The committee asked a number of questions about our decision to revoke these licences and our approach to putting in place the necessary next steps. This included detail on the timeline for our board agreeing a strategy and the timing of the legal proceedings brought by Wild Justice. We were also questioned on how we communicated with licence users, including through this blog. A summary of the legal advice upon which we acted is available on GOV.UK.

In providing a further update, I want to assure you again that my priority remains as it has been throughout the last few weeks - to make sure that people who rely on the licences to control wildlife and protect the public, their livelihoods, and wildlife can continue to do so. Thanks to our progress in bringing forward three new general licences, covering carrion crow (prevent serious damage to vulnerable livestock), wood pigeon (prevent serious damage to crops) and Canada goose (to preserve public health and safety) and in issuing individual licences, the vast majority of those who have needed to take urgent action have been able to do so. In fact, as of 17 May, over 99% of applicants for individual licences are able to take action lawfully.

In understanding our decision, it is worth looking at the background of general licences.  All wild birds (and indeed much other wildlife) are protected by law under the Wildlife and Countryside Act 1981. Licences of a number of types work alongside this law to all controls where merited to protect the interests of people. General Licences were introduced in the 1990s by Defra’s predecessor, MAFF, to allow a non-bureaucratic means of legal control of bird species of low conservation concern to protect public health and safety, prevent serious damage and disease, and protect plants and wildlife. In 2004, a condition was added by Defra to the general licences which required the user to consider ‘other satisfactory solutions’ before relying on the licence – this point was the focus of Wild Justice’s legal challenge.

Upholding this licence provisions is a key part of Natural England’s role in which we need to recognise the needs of people and wildlife. Issuing licences to shoot any birds may be unpopular with some, but it is our job to weigh the evidence and make decisions.

For many years, these general licences have allowed people to take the action they need where wild birds come into conflict with the needs of people and wildlife. That’s why Natural England’s decision to revoke the three general licences, GL 04, 05 and 06, was only taken after very careful deliberation, including legal advice and consultation with Defra. Natural England explored all other options, including maintaining the licences while new ones were prepared, but in light of the legal challenge from Wild Justice we were left with no choice but to revoke them in order to comply with the law. Once we had agreed the licences were unlawful, we couldn’t wait as Wild Justice claims until 2020 to give ourselves time to bring in new licences – this would have exposed licence users to a level of risk of acting illegally which I was not prepared to consider. My priority then as now was that those who need to act could do so, within the law.

We told licence users about this change as quickly as we reasonably could, but legal constraints and the urgency of the situation allowed for very little in the way of notice or consultation and we fully understand the frustration this has caused.

We alerted user groups to the likelihood of a legal challenge on 15 March. We set out the main points of the challenge, and informed them that we intended to carry out a review of the licensing system. We were clear that the challenge raised significant questions about the robustness of these three general licences and noted that they remained in operation pending the review.

We then informed user groups of our decision to revoke the three general licences at the same time that we conceded the case with Wild Justice on 23 April. We could not do one ahead of the other. We set out the steps we planned to take to minimise disruption by setting up a fast track individual licensing system, a simple notification system for taking urgent action while awaiting an individual licence and the rapid roll out of new general licences, according to a prioritised timetable which we made available.

This of course caused a great deal of concern and uncertainty for those who use the licences. But it has also at times lead to a  ‘shooting vs conservation’ debate that has been unhelpfully pitted as an argument in this case, just at a time when we need all those who have an interest and role in land management to work together to tackle catastrophic declines in wildlife.  These licences are not about shooting as a lawful and legitimate sport, and never have been.  They are about making sure pest controllers, farmers, conservation bodies and local authorities, among others can carry out a range of methods of lethal control where they need to. A general licence never has and does not give people an open licence to shoot as they choose.

Natural England continues to work at pace to support people who need to take action. For those who need to carry out lethal control outside the terms of the three new general licences, we have rapidly issued over 1,000 individual licences since the old general licences were taken down, processing applications for conservation purposes as a priority. We have also clarified and simplified the notification mechanism that allows people to take urgent action in some circumstances if they cannot wait for their application to be determined. It is of huge importance to me that people who need to act are clear on what is required of them to do so. Anyone who is unsure should visit our GOV.UK pages, which we’ve continued to update on a regular basis.

Defra’s call for evidence around general licensing has now closed and the Secretary of State will announce a decision on the next steps shortly.

Once again, I would like to thank people for their patience at this very difficult time. We will continue to work closely with Defra to resolve this situation as quickly and as clearly as possible taking into account the needs of wildlife and people.