Chair Tony Juniper tells us about how Natural England is keeping nature protection on track.

Since the Government gave the go-ahead for HS2 in February, construction work has been gathering pace along the route. This is leading to questions and concerns about how the major infrastructure project will affect the natural environment, and whether all the relevant laws and guidelines are being followed. As the organisation charged with protecting and restoring nature in this country, Natural England has an important role in ensuring standards are met. 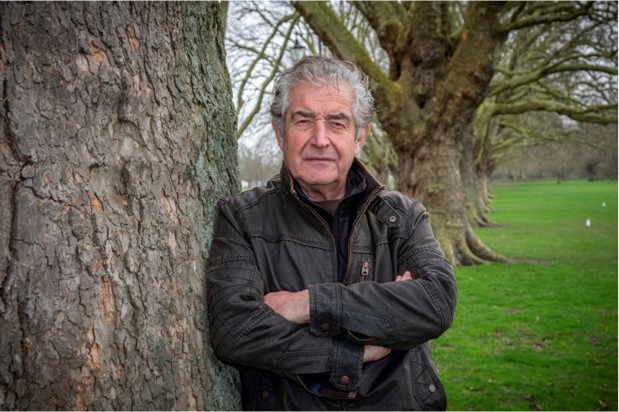 Our role does not include taking decisions as to whether projects of this magnitude go ahead. That is a matter for Government. Our task is to ensure that impacts on nature are wherever possible avoided and otherwise mitigated or compensated for. On top of this, Natural England wishes to work with infrastructure projects like HS2 to help maximise opportunities for enhancing nature.

The importance that many people attach to the conservation of our wonderful wildlife is reflected in the high number of enquiries coming Natural England about this project. We very much welcome this interest and with this blog seek to address some of the points being raised.

Many of the concerns being raised quite understandably relate to our rarest wildlife and habitats, such as ancient woodland and bats. Many of England’s finest wildlife areas are have been designated as a Site of Special Scientific Interest (SSSI). This designation provides legal protection and requires that Natural England is consulted on plans that may affect such places. Similarly, animals that are legally protected, such as bats, badgers and great crested newts, require engagement with Natural England and for us to issue a licence before work that might harm them can take place.

Licence applications are considered under a strict legal framework. Where granted, a licence sets outs the activities that can be conducted and the conditions that must be adhered to in order to mitigate impacts on wildlife. For example, all trees covered by a bat licence must be inspected for bats by a suitably qualified ecologist before felling. Natural England is required to monitor compliance with the licences we issue. Where we have issued licences to HS2, we have undertaken a combination of site visits, telephone follow ups, document assessments and regular meetings to ensure that the conditions are understood and being met.

COVID-19 has temporarily affected our ability to carry out site visits, but we have discussed with HS2 the need for them to maintain their levels of compliance and to continue providing evidence that this is indeed the case.

If anyone believes that the licensing system has been contravened in any way then they can report breaches of conditions to Natural England. We will consider on a case-by-case basis and, if necessary, take the appropriate enforcement action, which could include issuing a warning letter, advisory note or new conditions or. In more serious cases revocation of the licences, civil sanctions or prosecution can follow.

Ancient woodlands are those that are known to be more than 400 years old and by definition are irreplaceable. Where damage to such ecosystems is unavoidable, translocation operations can sometimes deliver at a modest level of mitigation to the overall environmental impact. Natural England does not license the translocation of ancient woodland soils (that activity is provided for in the High Speed Rail (London to West Midlands) Act 2017), but we have advised HS2 of the most appropriate methods for such an operation. This includes restricting the movement of soil to the autumn months, when the soil is dormant and thus the impact on seed bank is minimised.

Where trees fall outside the scope of a licence (for example a bat licence), they can be legally felled at any time of year. It is, however, an offence under the Wildlife and Countryside Act (1981) to kill, injure or take wild birds, or to damage their nests when in use. To avoid unnecessary damage and disturbance to birds during the nesting season, we advise that works affecting hedgerows and trees should be avoided between 1st March and 31st August. Where work needs to be undertaken, it should only be carried out when it can confidently be shown that no nesting birds will be affected. We have provided HS2 with this advice.

Anyone who has reason to believe that work is taking place in contravention of wildlife legislation should report the details to local police.

Having briefly touched on the construction of HS2 in the context of wildlife law, I’d like mention the bigger picture, and to say something about how this project has the potential to result in some net benefits for nature.

With the route crossing half the country there is inevitable major land take, some involving areas of high wildlife or landscape quality. Recognising the unusual scale of the works, HS2 at the outset committed to ensuring there would be no net loss of biodiversity. Since its initial conception, however, the national conversation about nature has progressed.

For example, the Government’s 25-Year Environment Plan, launched by the Prime Minister in 2018, laid out the framework for our generation to leave the natural world in a better state than we found it. Measures contained in the new Environment Bill now progressing through Parliament contains provisions to back the achievement of that goal, including a system of so-called net gain, that is, measures to increase the overall ecological assets that exist after the project compared with before.

Net Gain should be a transformative step for conservation, requiring that developments do not just involve compensation for environmental impacts but actually result in an increase of at least 10 per cent in habitat provision. The net gain approach isn’t, at present, set to be mandatory for large infrastructure projects like HS2, but with the public mood increasingly favouring bold steps to protect and enhance the natural world, and with legislation mirroring that trend, now is the time for HS2 to lift its ambitions above no net loss and to embrace a plan to achieve net gain. At Natural England we stand ready to provide the advice to achieve a net gain outcome for HS2.

A project of this scale, if it embraced net gain, would make a significant contribute toward the new Nature Recovery Network envisaged in the Environment Plan and the Environment Bill. Irreplaceable habitats could not of course be recreated elsewhere and for these the focus must remain on avoiding impact where possible and minimising it where it can’t be. Nonetheless, areas of valuable habitats could be created, and could deliver major positive benefit, if carefully planned with high quality advice.

I very much hope that we at Natural England have the opportunity to work with the Department for Transport and HS2 in the development of environmental options that would lead to a net gain for nature, while at the same time ensuring that its construction is legally compliant and adheres to environmental standards.