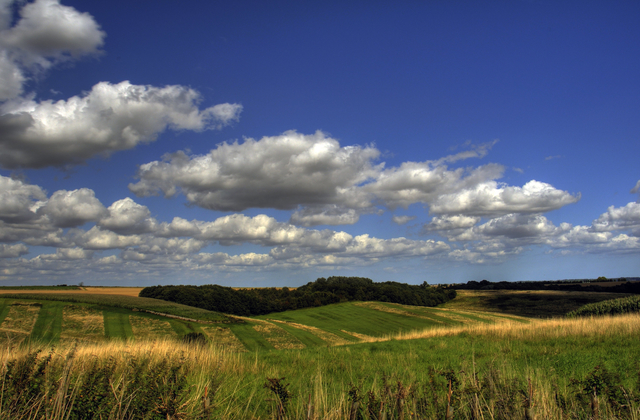 Climate change is a threat to the species and wild places we love, but if we look after nature better, we can also reduce the emissions of greenhouse gases and build the resilience of people and nature.

Climate change is with us here and now, and even if international efforts to reduce emissions are successful in the next few years, it will get worse before it gets better. It is therefore essential to adapt to changing conditions to reduce the risks and, as far as possible, prevent damaging impacts.

At the end of April, Natural England published the second edition of our Climate Change Adaptation Manual, published jointly with the RSPB. The first edition came out 2014, with sections on habitats and ecosystem services as well as an introduction to climate change adaptation for nature conservation. We’ve now added sections on urban green infrastructure, geodiversity, recreation and access and species as well as updating some of the earlier information. Over the last few years the Adaptation Manual has been widely used by conservationists and others to support practical decision-making with rigorous science.

There are two key approaches to adapting to climate change, one is to build resilience of the things we value and want to maintain, the other is to accept changes we can’t prevent and manage for the best outcome in changed circumstances.

In the case of species, we can build resilience by creating larger, more connected natural areas in better condition and ensure that natural processes, such as those that maintain wetland and coastal ecosystems can function. Large natural areas in good condition support thriving populations of species, which are more likely to survive a period of extreme weather such as a drought and increase the chances of species persisting in locally suitable conditions.

Managing or accommodating change can mean a number of different things, but it includes accepting that species will occur in different places as they move northwards, tracking the temperatures they are adapted to and protecting them in different places.  Another example is, in some areas, accepting coastal erosion in response to rising sea levels and allowing coastal habitats such as saltmarsh and sand dunes to shift inland, rather than constraining them with hard sea defences.

People are also vulnerable to climate change, often through the effects of extreme climatic events, such as droughts, floods and wildfires, which are an increasing risk. Managing the environment better and restoring natural habitats and processes can help to protect people, for example forests and wetlands can slow the flow of flood waters through a catchment and reduce the risk of flooding.

Similarly at the coast natural habitats can provide a buffer against the effects of storm surges on top of rising sea levels. In towns and cities, areas of ‘green space’, like parks and ‘blue spaces’, such as ponds, can help to lower temperatures. Actions that both support biodiversity and reduce the impacts of climate change on people are example of ‘Nature-based Solutions’. Nature-based Solutions are all about providing benefits for people and nature in joined up way are also important for reducing emissions of carbon dioxide and other greenhouse gases, and for taking carbon dioxide out of the atmosphere, for example by restoring peatlands and of course creating new woodland.

We produced a report on carbon storage by different habitat back in 2012; since then a lot has changed and we’re working hard to review new science on this topic and will be publishing a new report on this later in the year.  One of the great things about Nature-based Solutions is they often provide multiple benefits, so, in the right place a woodland can store carbon, reduce flood risk and provide opportunities for recreation as well as providing a habitat for species.

One of our key tasks in Natural England is to review science and turn it into information that can guide conservation practitioners: we are in uncharted territory with climate change and even the most experienced land manager or conservationist needs some support and resources to make wise decisions for the future. The Adaptation Manual is one such resource.

We’ve also recorded a series of webinars to provide an introduction to climate change impacts on the natural environment, adaptation and Nature-based Solutions. You can find them on the Natural England YouTube channel.