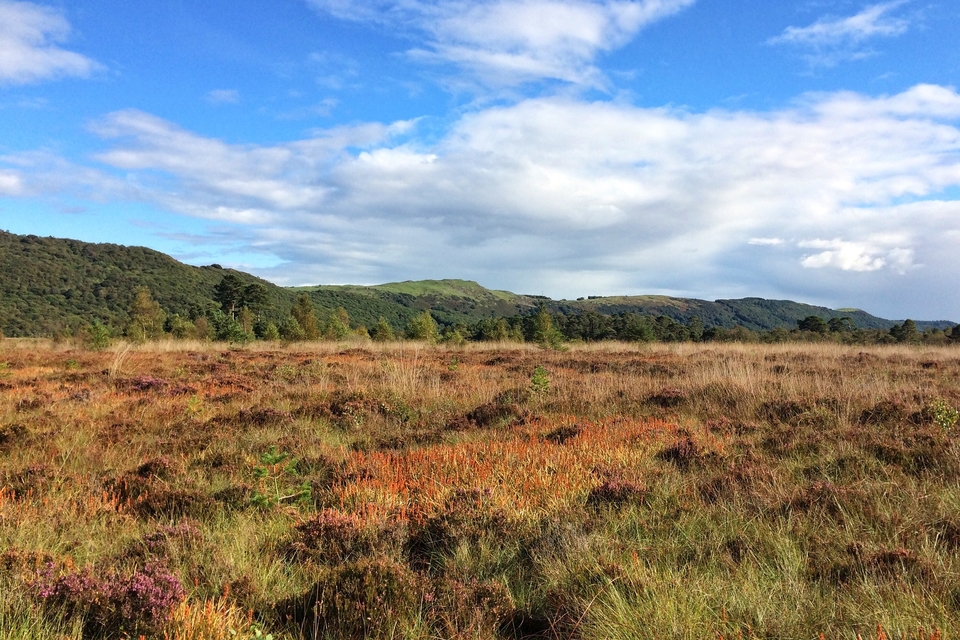 In November this year the world’s attention will turn to Glasgow, where the UN COP26 Climate Summit will be held. This is a critical step in getting the world on track to meet the 2015 UNFCCC Paris Agreement, keeping global temperature rise to well below 2oC and pursuing efforts to limit it to 1.5oC. To achieve this target global greenhouse gas emissions (GHGs) will have to fall by around 45% by 2030 (the UK target is 68% by 2030), and reach net zero by 2050. Net zero means that emissions of GHGs are balanced by removals from the atmosphere.

‘Nature’ is one of the priority campaigns in the run up to COP26 to address the twin threats of climate change and biodiversity loss in a joined up way. Globally, around a quarter of GHGs come from land management activities, including deforestation and agriculture. However, terrestrial and marine ecosystems take up carbon dioxide equivalent to over half of the emissions caused by people.  The challenge is to reduce anthropogenic emissions and increase uptake by ecosystems, storing carbon in soils, sediments and vegetation.

Natural England has just published a new report reviewing carbon storage and sequestration by natural habitats in England.  It takes an overview, looking across the full range of habitats so we can build up a clear, quantitative picture of which store most carbon, sources of emissions, and where the best opportunities are to promote carbon uptake (sequestration).  It updates our previous 2012 report on this subject taking account of the new scientific literature and the increased importance of the issue for conservationists, farmers, foresters, policy makers and others.

In the UK our land, coast and seas have been managed for millennia to provide food and other resources for people.  Some patterns of management were sustainable over the centuries, supporting biodiversity and storing carbon as well as providing for the needs of people.  However, there has also been habitat destruction and degradation, leading to declining biodiversity and substantial emissions of carbon to the atmosphere.

Repairing this damage to stop emissions and capture more carbon is an essential element of achieving net zero, alongside deep cuts in emissions from other sectors such as energy and transport. The Climate Change Committee estimates that 20% of agricultural land will need to be released before 2050 to deliver actions that reduce emissions and sequester carbon. Such a shift in land use change will require us to prioritise opportunities that also deliver wider co-benefits for climate change adaptation, biodiversity, water management, air quality and soil health.

Our report shows clearly where the biggest problems are. Peatlands are the largest stores of carbon, and when in a healthy condition they sequester carbon slowly but do so indefinitely. Peat depths can be ten or more metres deep, representing many millennia of development. However, England’s peatlands have been drained and modified for agriculture, forestry, and peat extraction and are the largest source of GHG emissions from land in England. Restoring upland and lowland peatlands to a natural condition is a top priority if we are to reach our net zero emissions target. Healthy functioning peatlands deliver many wider benefits for society and are some of our wildest and most remote places.

Woodland would have covered most of the land in England before human clearance but now covers only 10% of our land.  Remaining fragments of ancient woodland are significant carbon stores and important places for wild species. Creating new woodland where there once was forest cover has the greatest potential to sequester carbon.  Our review shows that a natural woodland composed of native species without active production management is a reliable way of capturing carbon and at the same time supporting the recovery of biodiversity.  In the right places they can also contribute to reducing flood risk, stabilising soils and providing recreational opportunities.

There are however some important considerations to take into account in planning new woodland: peatlands need to be avoided, risks to young trees, such as from deer and squirrels need to be managed and a diversity of trees that are likely to grow well in both current and future climates are needed. Whilst there is an important role for woodland managed primarily for biodiversity and carbon, the role of timber in addressing climate change should also be recognised.

Marine and coastal habitats have the potential to sequester and store large amounts of carbon.  Saltmarshes, seagrass meadows and kelp forests can all play a valuable role but are under pressure from rising sea levels and damage.  Allowing these habitats to recover, including through protection and managed realignment of the coasts is another important climate change mitigation action.  In some cases, it can also help us to adapt to climate change and reduce the risks it presents to people and nature.

Heathlands and semi-natural grasslands are important habitats for UK biodiversity.  They reflect traditional management over centuries but support distinctive species and typically store more carbon than modern agricultural systems.  Whilst creating new heathlands and semi-natural grasslands may not be the top priority for carbon, it is important to protect old established sites due to their importance for biodiversity, as well the carbon stocks they hold, as both may have taken centuries to accumulate.

If we are to restore peatlands, create new woodlands, saltmarshes and other habitats, it is important to ensure that agricultural productivity is maintained or increased in other areas. This can be done by targeting different land uses where they can have most benefit.  There is scope to bring small areas of natural habitats into farmed systems, for example by planting new hedgerows, creating grass margins to fields or allowing the least productive areas of a farm to become small woodlands. New innovative forms of agriculture, such as paludiculture (farming under raised water levels) may also play a role.

Whilst we can see the broad patterns of difference between habitats, there remain gaps in the evidence base, with some habitats much better studied than others. Making decisions about what management to incentivise in different places, whether by carbon offsetting, subsidy or regulation, requires a nuanced and informed approach, balancing different potential land use and managements against each other.  Filling these evidence gaps is therefore an ongoing challenge alongside an acceleration in habitat creation and restoration.

Achieving the sort of scale of change we need to meet net zero means a holistic approach to all our land and sea and Natural England has resources, underpinned by science, to support delivery on the ground. This new report complements the Nature Network Handbook which provides technical support in planning and implementing nature recovery and the updated and expanded Natural England and RSPB Climate Change Adaptation Manual, both produced in 2020.